ATTRACTIONS
There are so many things to see and do, depending on when you come through town. You can witness calves being born, watch a cattle drive take place right down MT HWY 43 or witness haying being done the way it was done in the early 1900s with beaver slides. Chase trophy Elk & Mule Deer through hundreds of thousands of acres of National Forest lands open to the general public. Cast a fly on the 153 mile long Big Hole River in pursuit of the Montana Trout fishing grand slam, one of the few places in the U.S. where you can catch Brown, Brook, Cutthroat, and Rainbow Trout all out of the same River system.....For a little more "good gravy" the Big Hole River is one of the last places in the lower 48 to consistantly catch native fluvial Artic Grayling. Follow the Lewis and Clark trail through the Big Hole Valley. Tour the actual site of the "Battle of the Big Hole" commerative area and walk in the footsteps of Chief Joseph, leader of the Nez Perce Indian tribe that fled 1170 miles to avoid U.S. Army capture by Col John Gibbons in 1877. Walk through Bannack state park, an actual preserved Ghost town that started the Montana gold rush in 1862 and was once the territorial capital of Montana. There are countless adventures to be had....pick a direction to explore, you won't be disappointed!
Ski & Snowboard Areas | Big Hole National Battlefield | Bannack Ghost Town | Hotsprings | Geological Sights | Restaurants | Snowmobiling | Big Hole River | Big Hole Valley News
Ski & Snowboard Areas
Lost Trail Ski Area
Our goal is to provide a fun and thrilling experience for everyone that is safe and affordable. If you want to carve through incredible trails with stunning views or learn the ropes at a snow sports school, then look no further. Founded in 1938, we've developed a beautiful and safe environment for snow sports...

losttrail.com
Ski & Snowboard Areas
Maverick Mountain
We’re not saying Maverick Mountain has special powers, but a lot of magical things do happen here. The slopes here at Maverick enjoy a nearly lift line–free existence all winter long, not to mention a nearly cloud-free one.To those who wish to experience the best of Montana winters, we are excited...

skimaverick.com
Ski & Snowboard Areas
Ski Discovery
Discovery has three faces. The front face is the perfect blend of gently sloping runs and more advanced groomed cruisers. Off the Granite Chair, things step up a notch with steeper groomed runs and mogul skiing. And the backside? Well, imagine the Chugach without the costly helicopter...

fwp.mt.gov/bannack
Bannack Ghost Town
Tips For Family Trips
My family visited Bannack ghost town on the last day of a Montana road trip last summer. We’ve visited several ghost towns in the west, and Bannack is by far the best. Here’s why. In my experience, most ghost towns are in ruins, with few standing structures. Others are tourist traps. Bannack is everything...

jacksonhotspringslodge.com
Hotsprings
ElkHorn Hotsprings Resort
Our hot springs pools were first built in 1918 followed 3 years later by the lodge, built in 1921. The cabins were built in the 1920’s and 30’s. Even with the luxury of electricity the cabins remain much like they were originally built. The rustic atmosphere allows our guests to experience Montana...

elkhornhotsprings.com
Hotsprings
Goldbug Hot Springs
Goldbug (Elk Bend) Hot Springs is a 3.5 mile heavily trafficked out and back trail located near Salmon, Idaho that features a waterfall and is rated as moderate. The trail offers a number of activity options and is accessible year-round. Dogs are also able to use this trail but must be kept on leash...

visitmt.com
Geological Sights
Ringing Rocks Whitehall
This unique geological formation is located approximately 18 miles east of Butte and north of I-90. The rocks in this unique geologic area chime when tapped lightly with a hammer. It is believed that the ringing is a combination of the composition of the rock and the way the joining patterns have...

visitmt.com
Geological Sights
Calvert Hill Wise River
As you travel the dirt road through the mine area you’ll start heading north. The mine tailings on the left once you see a large blue pond is a good place to find some very cool rocks and some small green crystals embedded in bigger rocks. There are mine tailing all around this flat area...

bondyweb.com
Geological Sights
Sapphire Mine Phillipsburg
Gem Mountain is family owned and operated by the Cooney Family for the purpose of entertaining treasure-seeking visitors from around the world. We are situated in a very accessible area of spectacular natural beauty that is rarely visited or seen by millions of visitors who hurry by on their way...

facebook.com/AntlersSaloon
Restaurants
Antlers Saloon
This is the real deal! Cowboys, truckers, ranchers and all the locals stop by here. Belly up to the bar and order the best homemade pizza pie and ice cold beer in the west! We have pizza, salad, sandwiches, beer, wine, liquor, cigarettes, chew, coffee. Offers also offer free Wi-Fi...

facebook.com/AntlersSaloon
Restaurants
Wise River Club
The Wise River Club is a bar, restaurant and motel but it is also a community hub. We serve breakfast, lunch and dinner daily to hungry locals and visitors. We feature specials on Friday nights and holidays. We also cater and provide packed lunches for fishermen and hunters. Our customers are an extension...

southwestmt.com
Restaurants
Jackson Hotsprings Lodge
Jackson Hot Springs Lodge invites you to be our guest in the beautiful Big Hole Valley for an authentic western experience! Enjoy a relaxing soak in our natural hot springs pool, come sit by our fireplace with your favorite beverage, or play pool and shuffle board...

https://www.facebook.com
Snowmobiling
Anaconda Snowmobile Club
Big Hole Snowmobile Club is a community organization and a Nonprofit Organization. The BHSC volunteers provide groomed snowmobile trails around Wisdom, Montana. Visit our Facebook page for more information. Thanks again for the the volunteers this year...

outsidebozeman.com/activities
Big Hole River
Mussigbrod Lake
Campground is adjacent to Mussigbrod Lake at an elevation of 6,180 feet with 10 campsites available. Maximum trailer length is 30 feet. Tables, grills, water and handicap accessible toilets. It is peaceful, scenic and situated in tall pines. Pets are allowed if on a leash. This is a pack...

visitmt.com/listings
Ski & Snowboard Areas | Big Hole National Battlefield | Bannack Ghost Town | Hotsprings | Geological Sights | Restaurants | Snowmobiling | Big Hole River | Big Hole Valley News
Big Hole Valley News
Skijor USA
We, Skijor USA, an Alliance, are united as a community to promote our individual events, while at the same time, contributing to the visibility of our sister races, such that we raise the awareness, popularity, integrity and safety of our sport. We recognize that the success of each race will contribute...

skijorusa.com
Big Hole Valley News
Montana Standard
Two men each illegally shot a gray wolf on private property from a helicopter in the Big Hole Valley near Wisdom in March. The incident comes at a time when the state is grappling with controversy over wolf management. Gov. Greg Gianforte made national headlines in February by trapping...

mtstandard.com/news
Big Hole Valley News
Missoulian
Just getting to the trailhead for Rock Island Lakes makes the trip worthwhile for those who’ve never dropped into Montana’s Big Hole Valley. The expanse of sky fringed by the Beaverhead, Pintlar and Pioneer mountains makes the grassland look that much bigger. Continental Divide Trail travelers...

mtstandard.com/news
The Nez Perce is a very clean, eight unit motel situated at the crossroads of the scenic Big Hole Valley of Wisdom. It provides rooms for tourists, fisherman, sportsmen, and other outdoor enthusiasts. The Big Hole River flows through the Big Hole Valley which is a Blue Ribbon trout stream and one of the very best free flowing fisheries in the entire state of Montana. There are thousands of acres of national forest lands, the Big Hole Battlefield, and countless miles of cross country ski and snowmobile trails just waiting to be explored. Hardwood floors, down home atmosphere and a quiet & comfortable stay is what the Nez Perce Motel will give you all year-round! 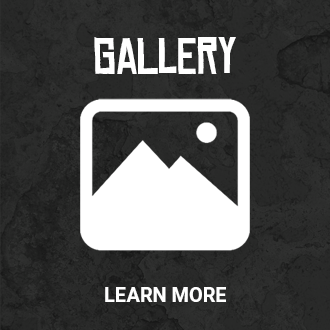 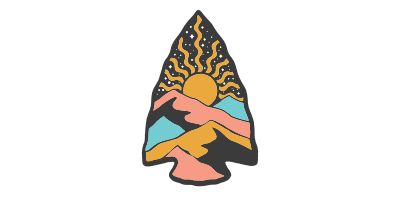